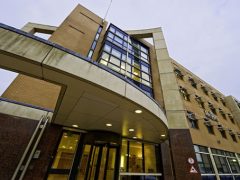 Originally known as Tiger Bay, Cardiff Bay was once one of the busiest docklands in Europe as it exported coal to the rest of World. It helped turn Cardiff into one of the most ethnically diverse cities in the UK as it attracted workers from many countries – this is reflected today in the city’s friendly and hospitable manner. Following the decline of the coal industry, the area lay unused for many years, however, the bay was regenerated in 1999 […]